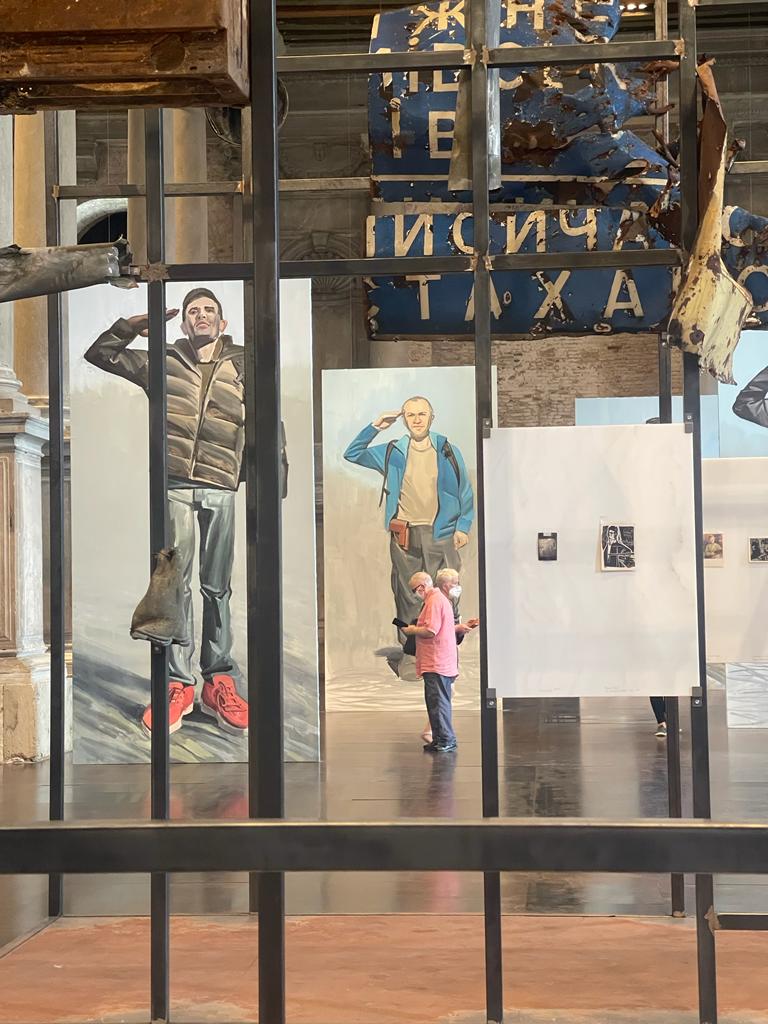 THIS IS UKRAINE:DEFENDING FREEDOM – Venice 2022

The PinchukArtCentre and Victor Pinchuk Foundation announce a new focus for their official collateral event, This is Ukraine: Defending Freedom at the Scuola Grande della Misericordia in Venice, from 23rd of April until 7th of August 2022.

The exibition, presented in partnership with the Office of the President of Ukraine and Ministry of Culture and Information Policy of Ukraine, champions the work of contemporary Ukrainian artists whilst also contextualizing Ukrainian history and culture with support from international artists.

Across two chapters, the exibition reasserts Ukraine’s cultural resilience that has always defined itself, even in the most challenging times, throught its ability to think and create critically. Artists refuse direct war narratives and instead reflect deeply on their meaning, origin and impact.

Across two chapters, the exhibition reasserts Ukraine’s cultural resilience that has always defined itself, even in the most challenging times, through its ability to think and create critically. Artists refuse direct war narratives and instead reflect deeply on their meaning, origin, and impact. This is Ukraine: Defending Freedom is about strength, it is about making, it is about friendship. But most of all, it is about our collective freedoms—the freedom to choose, the freedom to speak, and the freedom to exist.

The first chapter brings monumental and emotional works from three artists who continue to live and work in Ukraine during Russia’s war in Ukraine. The newly created pieces from Yevgenia Belorusets (1980), Nikita Kadan (1982), and Lesia Khomenko (1980) use the poetics of object evidence and the voice of witness to reflect on the realities of the war they bear witness to. The artworks are shown in dialogue with Ukrainian historical masterpieces, including works from Maria Priymachenko (Ukraine, 1909), Tetyana Yablonska (Ukraine, 1917), and an icon believed to be from artist Stefan Medytsky (Ukraine, 17th century).

The second chapter presents Ukrainian artists alongside international artist friends, they overview a deep connection to the country whilst forming a common front against the war. Their works respond to the urgent need for the global community to rally around Ukraine. These include Marina Abramović (Serbia, 1946), Olafur Eliasson (Denmark, 1967), JR (France, 1983), Damien Hirst (UK, 1965), Boris Mikhailov (Ukraine, 1938), and Takashi Murakami (Japan, 1962). The works on show are, on one hand, in direct response to the war, for example, Damien Hirst made new work for the exhibition, and the work by Murakami’s War and Peace (2015) was created directly in support of Ukraine after Russia’s 2014 annexation of Crimea and occupation of parts of Donetsk and Luhansk regions. On the other hand, works are chosen together with the artists as personal statements deeply rooted in the urgency to respond. For example, in the work of Marina Abramović, Count on Us (2003), Abramovic says: “Personally, for me, it is very difficult to make an immediate response in a situation of war. I need time to process, and I am always interested in creating something that is not just about the war at that moment but is transcendental and that has a message which can be used for wars anywhere at any time. I presented my installation Count on Us in 2003, and it was related to the Balkan War. Today, truth and freedom are under attack by Russia, and we all must stand up against it because this is a crime against the whole humanity.”